Ser Duncan the Tall is a simple-minded but well-meaning and honourable knight, who puts others before himself and often finds himself in over his head. His squire egg on the other hand, is an intelligent but headstrong and cheeky young boy, who is secretly heir to the throne. As anyone who has read the novellas can tell you, these two vastly different personalities but interesting personalities lead to many great moments, both comedic and dramatic.

The relationship between dunk and egg is incredibly enjoyable to read, whether they're attending a wedding, fighting in a tournament, or foiling a rebellion before it happens. This chemistry would translate well to the silver screen, and no doubt the dynamic between the two characters would quickly lead to them becoming fan favourites among fans of the show, as they already have among book readers. 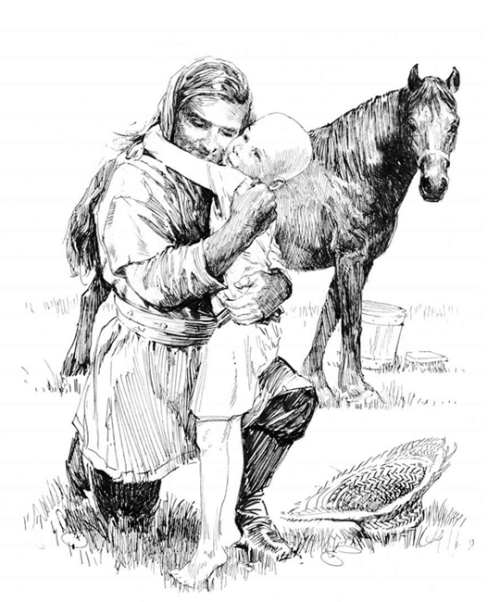