As well as the two titular characters, there are many, many interesting characters in the novellas which could be utilised in a spin-off show.

For example, the first novella introduces us to many of Egg's family members, all members of the most powerful family in the continent. There is a saying in the books that goes, "When a Targaryen is born, the gods flip a coin. On one side is greatness, on the other is madness." We see this to a small extent in the show, but there are very few Targaryens left at that point, and the only mad one is killed halfway through the first season. There are many Targaryens still living in the novellas however, and they perfectly illustrate the truth behind this saying. In fact, the main antagonist in the first novella is Eggs uncle, and on top of this, another Targaryen accidentally kills his own brother during a melee in the final act of the story. This TV show would portray the Targaryens as realistic, grounded people, not just the power hungry conquerors they are portrayed as in Game Of Thrones.

As well as the Targaryens, there are other interesting side characters in these novellas, The Red Widow, Bloodraven, The Laughing Storm, Ser Eustace Osgrey, Ser Maynard Plumm, and Ser Glendon ball. These are all colourful, three dimensional characters, who would make wonderful additions to the shows roster of characters. 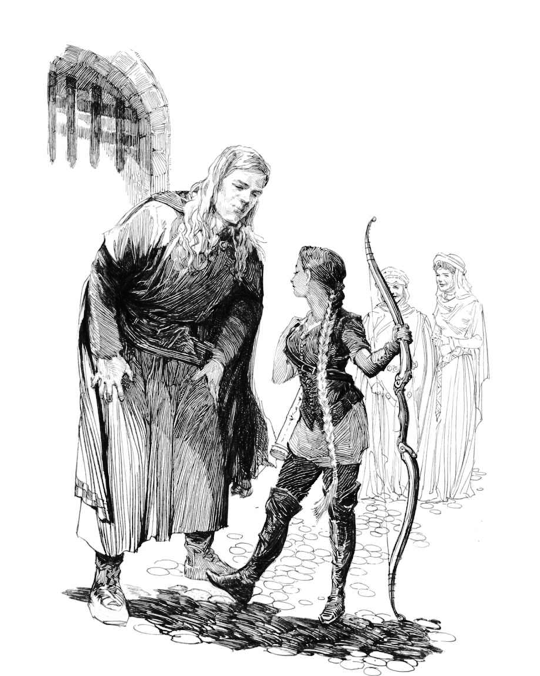